Smartphone shipments in Latin America for Q1 totaled 31 million units according to the latest Canalays report. The new figure represents a 3% decline compared to the same period last year. Samsung was the clear-cut leader in terms of shipments (13.4 million) and market share (43%) in the region. Lenovo came in second with 5.5 million shipments and an 18% market share but the company also saw the largest annual market share drop with a 20% yearly decline. Xiaomi came in third with 4.3 million shipments and a 14% share of the market. 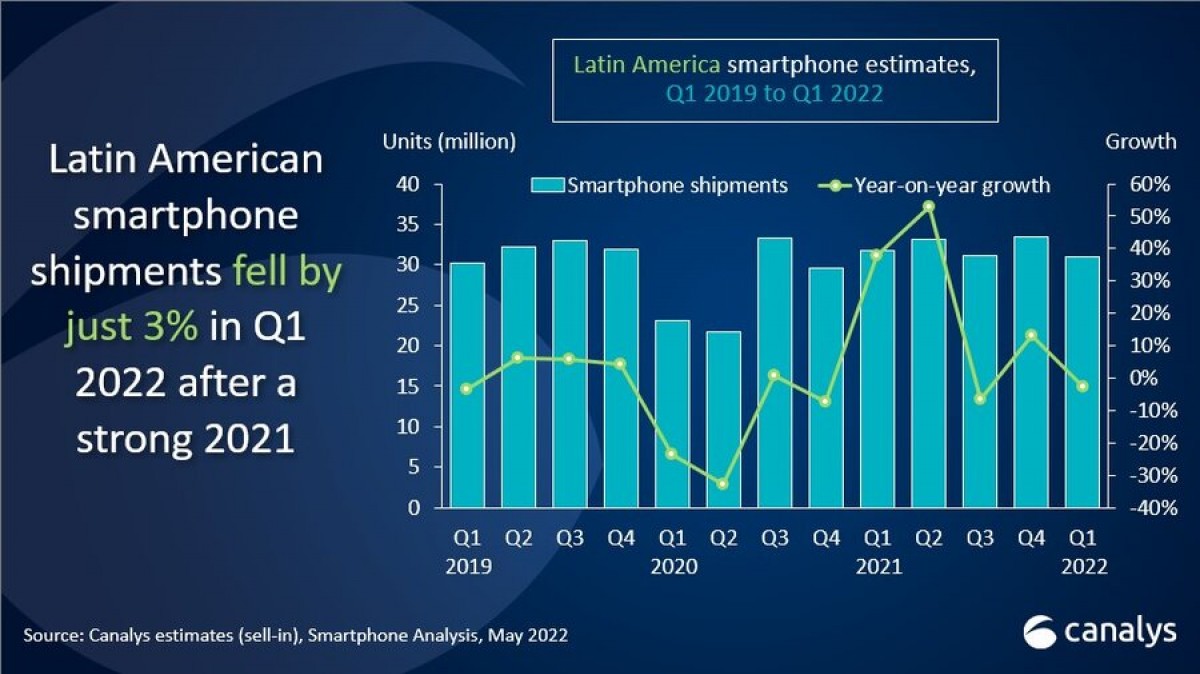 Apple followed with 1.5 million shipments and a 5% market share while Oppo cracked 1 million shipments for the first time thanks to strong sales in Mexico which earned it a 3% share of the LATAM market. Oppo also had the highest 34% yearly growth.

While the rest of the world is dealing with a bleak macroeconomic outlook, markets in South America seem to have an optimistic view with brands like Honor, Xiaomi, Transsion (Infininx) and BBK’s Realme and vivo having ambitious expansion plans. Forecasts predict a 4% growth in smartphone shipments for 2022.