Apple hasn’t released a gold-plated smartwatch since the original Apple Watch Edition, switching over to ceramic and titanium instead. If you miss the decadent look but want a modern watch, Caviar has you covered.

It released a series based on the Apple Watch 7, that roughly fall into two main versions. The first features embossed ornamentation inspired by the work of Gustave Young, a famous 19th century engraver of American firearms. This is the Moon series. 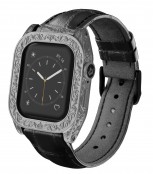 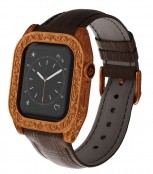 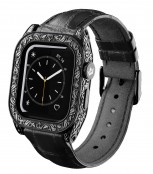 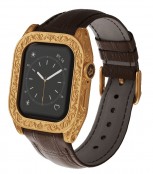 Next up are the two Rivets watches, which have a more industrial look. Both use aviation-grade titanium with black PVD coating. Then there are the Line and Flame versions, which are also made out of titanium, but have laser-engraved decorative patterns. These watches are in the mid $3,000 price range. 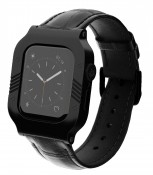 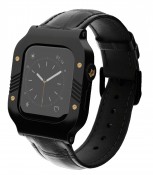 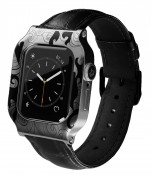 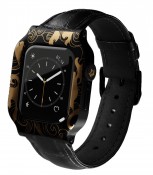 Check out Caviar’s site for more details on the blinged-out Apple Watch 7 series.