Skip to content
Users claimed dark mode on smartphones for years. The feature is particularly nice for night-use but is also used simply due to the user’s preference. After years, these features reached iOS and Android in a system-wide form. As usual, the third-party applications had to adapt their apps to offer light and dark modes. According to a fresh report from 9to5Mac, it seems that the particular Dark Mode feature is absent in Facebook’s iOS app. The exact reason is unclear, but some users are reporting that the dark mode is completely gone in the iOS Facebook app.

This is likely a bug, after all, there is no apparent reason for Meta to remove a widely used feature in the app. Also, any removal would come with a previous announcement. This seems to be a bug on the Facebook app’s side, and it’s one that the company is about to acknowledge or provide a fix.

As per the report, Facebook users have taken to other social media platforms such as Twitter to complain about the sudden disappearance of dark mode support. This includes Facebook’s support for the system-wide dark mode toggle in iOS. The in-app dark mode toggle was available in the App Settings but is completely gone. 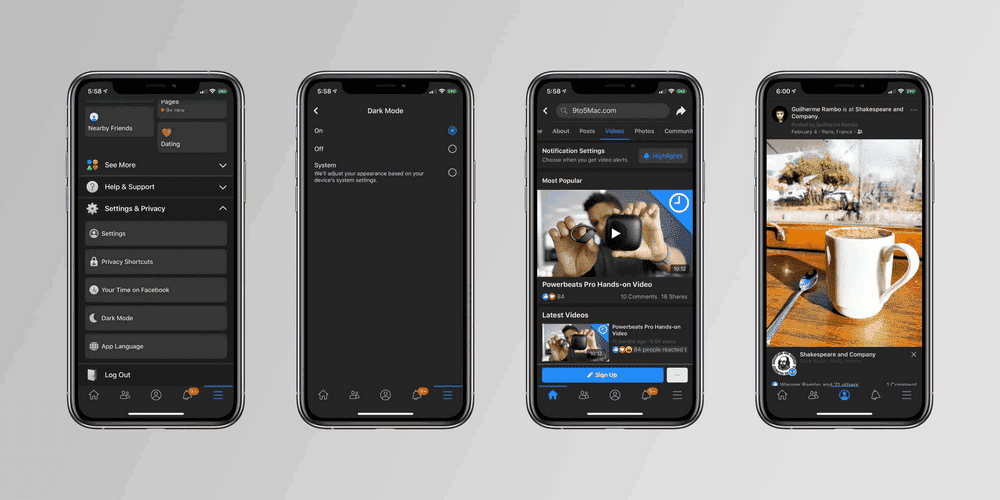 For now, this means that the Facebook app no longer respects your system-wide dark mode preferences. Furthermore, there is also no way to enable a dark mode directly through Facebook. It may not be a bug that will compromise your experience. However, you will see some visual inconsistency, especially when you’re using iOS system-wide dark mode.

The System-wide dark mode support came to iOS as part of the release of iOS 13 in 2019. Facebook took its time to roll out support for this feature. In fact, the company’s support for Dark Mode didn’t actually launch until June of 2022. This was already one year after the iOS 13 announcement of dark mode as a spotlight feature.

As we said previously, we don’t see a big reason for Facebook to remove this feature intentionally. Apparently, this is a bug. Unfortunately, we don’t even know if it’s going off-radar. After all, the company does not provide release notes for any of the updates its rolls out to Facebook for iOS. However, the update pace is… intense. The company rolls out updates every 5 or 6 days. It’s likely that one of these recent updates also includes a change that mistakenly caused dark mode to disappear from the Facebook for iOS application.

In the meantime, the company keeps being involved in “antitrust” issues. The app itself has been losing its relevance in recent times, and many point out TikTok as the big reason.