Last night, a Google Pixel 7 prototype was listed to eBay and Facebook marketplace. Both listings were posted by the same individual. Here’s a screenshot of the eBay listing (via Android Police) which showed the seller’s location in McKinney, Texas. 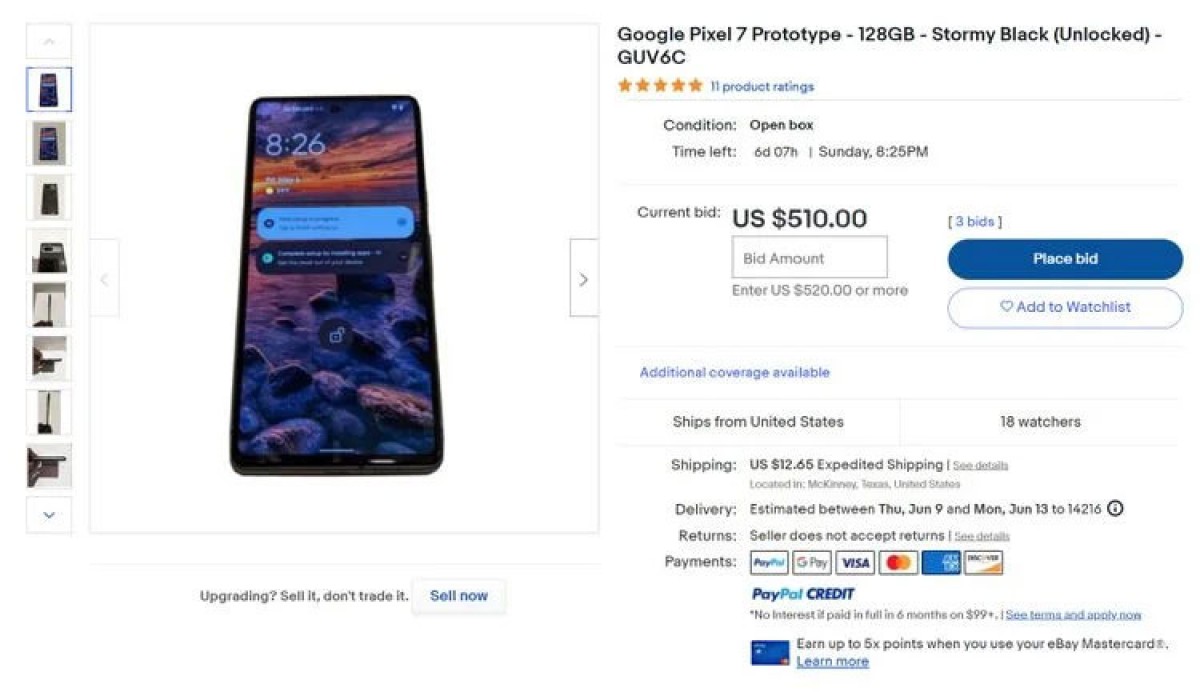 The eBay listing was posted to Reddit via r/Android where it gathered much attention. However, the Pixel 7 prototype was listed to Facebook Marketplace first, as noted by This is Tech Today’s Brandon Lee via Twitter. The Marketplace listing was titled as a Pixel 6, but the images showed a pre-production Pixel 7 prototype, as seen by the unusual logo and markings on the hardware.

And here’s what exclusive I have since the seller posted it everywhere else.

Here’s another photo of the back of the Google Pixel 7 that you cannot find anywhere else. Enjoy! pic.twitter.com/n4dDNra3lP

Here’s the latest video from Brandon Lee where he mentions the Facebook Marketplace listing and how the seller’s name and location (Frisco, Texas) were publicly shown on the listing (Screenshot of this listing @ 2:10 in the video). This information is blocked out in the video and the listing is no longer available on Facebook. The story starts at around the 2:02 mark.

It wasn’t clear how the seller obtained the Google Pixel 7 Prototype, and not only the Pixel 7, but upon close inspection of the listed device, it can be seen the images were captured by a Google Pixel 7 Pro prototype via Mishaal Rahman.

And in this photo the seller posted, you can see what appears to be them holding the Pixel 7 Pro to take the photo. pic.twitter.com/Q1xa3tl56T

As per another Tweet by Brandon, it is possible the seller had multiple Pixel 7 prototype units.

It already leaked out before me, but I’m working on a full video on this right now.

I may have video of the buyers hands-on with the device.#TeamPixel pic.twitter.com/iWghaYFMiD

How the seller obtained these devices isn’t known, and the listing on eBay was removed by the seller “because there was an error in the listing” hours after going viral on Reddit and after being picked up by tech news outlets.

Here are the images that were on the now-removed eBay listing. Both the Pixel 7 pictured, and the Pixel 7 Pro taking the pictures, corroborate with the hardware the Google showed us earlier this month when it previewed the new smartphone hardware. Here’s an archived version of the eBay listing as provided by Mishaal Rahman on Twitter.

The Google Pixel 7 and 7 Pro are not expected to arrive to the market until later this year, presumably in October as history tells us.