Each week, we will bring you the top repair news from around the world, curated for iFixit by the folks over at the Fight to Repair blog.

It has been one month since Apple pulled the covers off its heralded Self Service Repair Program. And as we move further away from the launch, the excitement is fading (fast) and something else is settling in. It’s not quite a hangover, but something else—confusion? perplexity? disappointment? Maybe a bit of each.

What seems clear enough is that the program doesn’t make sense for anyone—either practically or financially. For one thing, it’s limited to Apple’s newest iPhones—the devices least in need of service and repair. In addition, the cost of repairs using the program often adds up to more than the cost of hiring a repair professional to do the work for you.

One of the key goals of any repair advocate is to demystify repair: make it seem less threatening, not more. That’s the work that Fixit Clinics and Repair Cafes do every day across the world. Yes, iPhones are small and complex. But that doesn’t mean they aren’t repairable. In fact, these days, the “repair curious” have endless resources for learning the ins and outs of repair at their disposal thanks to the Internet and YouTube—from iFixit’s iPhone battery replacement tutorials to Jessa Jones’ “Intro to Microsoldering,” and lots more.

If anything, Self Service Repair appears engineered to fail, doing more to underscore the comparative affordability of Apple’s Genius Bar and authorized repair than to empower Apple’s customers to actually fix their own stuff. That’s certainly the picture that emerges from Brian X Chen’s account of his dance with Apple Self Service Repair in a recent New York Times column. But Chen’s is just the latest in a string of reporters who have taken aim at Apple’s new program. In fact, hating on Self Service Repair is becoming something of a literary sub-genre, as a slew of articles and opinion pieces have taken aim at the many absurdities of Apple’s program.

Mainly Chen’s piece and others take aim at Apple’s bizarro decision to ship customers the equivalent of an entire mobile device repair workshop in a box. The Verge actually led the charge with its article Apple Shipped Me A 79-Pound iPhone Repair Kit to Fix a 1.1 Ounce Battery. But other writers soon followed with articles like TechSpot’s Apple’s Self-service Repair Kit Is One Expensive Monstrosity or Digital Trends You Can Fix Your iPhone Screen, but You May Not Want To.

Some, including Right to Repair YouTube sensation Louis Rossmann have (reluctantly) come to Apple’s defense, saying that the shower of specialized tools is an effort to idiot-proof repairs. But Chen’s description of his own self repair—a battery replacement on an iPhone 12—makes clear that the heavy duty, professional equipment is a double-edged sword: adding complexity that can just as easily foil a repair as streamline it. (In his case: he damaged his original iPhone 12 screen in the process of opening the phone using Apple’s equipment.)

If your iPhone 12 runs slowly or needs to be recharged all the time, learn how to replace the battery using this guide.
Follow this Guide 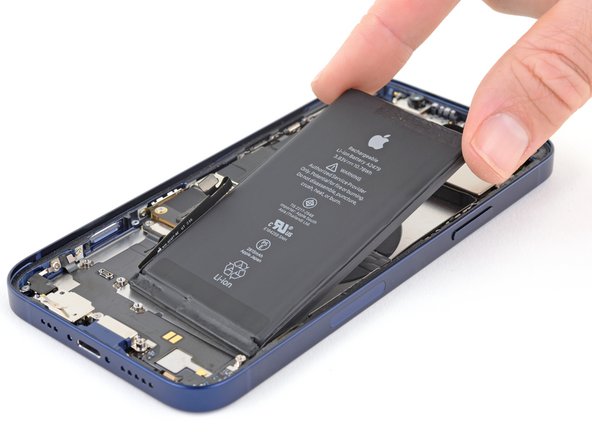 The bottom line: Apple’s program is the opposite of “pro repair.” It’s expensive and over-engineered: a grudging “(un)Welcome” mat laid out before the high temple of consumerism and product design. They don’t think you’re up to it, don’t want you to repair their stuff, and will be pleased when you fail. That’s the opposite of what Self Service Repair should be about.

The £1.2m 2-year ‘Fixing the Future’ research project has been funded by the UK Engineering and Physical Sciences Research Council. It explores the societal inequalities created by poor sustainability, data protection, and cybersecurity in current consumer internet of things (IoT) devices. Planned obsolescence of IoT devices like smart speakers and watches is leading to environmental consequences from e-waste, yet we need to understand how to create a more circular and equitable digital economy, underpinned by reuse and repair. (cdcs.ed.ac.uk)

SCRAP: A Documentary about Objects That Have Reached Their ‘End of Life’

SCRAP is a love letter to the things we use in our daily lives. This cinematic documentary tells the story of people who each have a deep connection to objects that have reached their ‘end of life.’ Together, these stories convey a deeper environmental and human message about our relationship to things, the sadness we feel at their eventual loss, and the joy that we can find in giving them a new purpose.

Things, like people, show a certain beauty in their old age. Like us, they carry the weight of their history and the markings and scars accumulated through their lifespan. With the loss of these objects, we are also losing parts of our history and the cultural memory that they embody. By showing discarded goods in a new and engaging way, the film raises awareness about the fate of the things we use and explores how artists, and other creative thinkers, can be part of finding usefulness in the things we discard. (scrapdoc.ca)

Why Nike Designed a Sneaker That Is Made to Be Disassembled 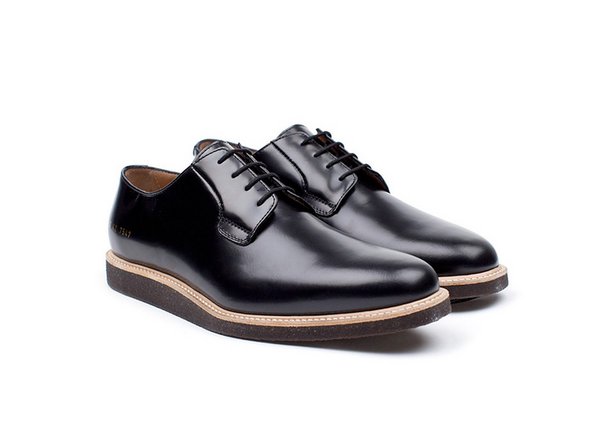 To minimize impact on the planet, the design process for a product has to include its end of life in mind. Current recycling systems around the world are not set up to accommodate clothing and shoes, which require manual sorting, separation by fiber, removal of unrecyclable trims, and other disassembly. Many items are also made of mixed materials or contain chemicals or plastics and there are not the technological or chemical solutions yet available to break them down.

According to the Environmental Protection Agency, only around 13 percent of clothing and shoes thrown away in the US end up being recycled, and so companies should help develop recycling methods by incorporating them through a circular design process where waste can become a material resource. (fashionunited.in)

Small PC makers are bringing some open-source ethos of sharing ideas and making products better into laptop designs. A small hardware shop called Framework last week launched a modular laptop that can be upgraded by just replacing parts as opposed to replacing the laptop. The Framework laptop is optimized for the Fedora distribution, and tweaks are being made to bring full hardware support for Ubuntu 22.04. (thenewstack.com)

The 2022 Farm Act passed its first committee Tuesday following considerable public opposition to a Right to Repair provision in the annual omnibus. Jackson, R-Sampson, ultimately said he would amend the bill to send the Right to Repair issue to a study commission, saying it would hold future town hall meetings on the issue in rural areas.

More than a dozen dealers and representatives lined up to speak against the provision in the state Senate agriculture committee Tuesday. Sen. Brent Jackson, the bill’s sponsor, said his phone had been ringing off the hook since the bill first became public early Monday. Farmer advocacy groups have been especially outspoken on the issue as farm equipment becomes more and more dependent on software. (wral.com)