Social network users are followed even if they have prohibited the application from accessing their location data.

Facebook has just confirmed once again tracking its users even when they have disabled the location data in the application.

This admission was made in a letter sent to two American senators who asked Mark Zuckerberg’s social network to respect the decision of its users to keep their location data private.

FACEBOOK TRACKS YOU, EVEN WITHOUT GPS
Facebook explained how it locates users in order to offer them targeted advertising, even when they have deactivated the authorization to use location data on their smartphones.

The platform doesn’t really need GPS to know where you are. Several clues sometimes left involuntarily by users, is enough for it to obtain an estimate of your position. Localized photos, check-in in certain places, and the IP address of the users’ connection in particular.

It is not really a surprise. Because even if this data remains imprecise, it allows Facebook to alert you, for example, when a connection to your account has been made in an unusual place.

.@Facebook admits it. Turn off “location services” and they’ll STILL track your location to make money (by sending you ads). There is no opting out. No control over your personal information. That’s Big Tech. And that’s why Congress needs to take action https://twitter.com/birnbaum_e/status/1207000504129245184 …

anyone want a granular accounting of how Facebook knows your location 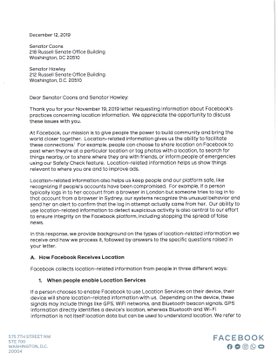 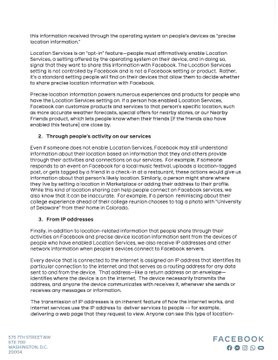 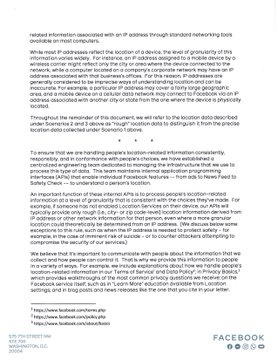 758 people are talking about this

“Facebook admits it. Turn off “location services” and they’ll STILL track your location to make money (by sending you ads). There is no opting out. No control over your personal information. That’s Big Tech. And that’s why Congress needs to take action” said Josh Hawley.

The platform explained that it was not possible to deactivate location-based targeted advertising, but that the user could prevent Facebook from collecting their precise location.
Ads targeted to location are also the essence of the economic model of social networks. Without them, users would see advertisements appear for products or events that do not exist in their region.

These explanations seemed very meager to the two American senators who are worried that there is no option allowing users to prevent the monetization of their personal data and believe that they should know what the Tech companies are doing.