This afternoon, Lu Weibing, president of Xiaomi Group China and general manager of the Redmi brand, posted that the difference between the Redmi Note 11T Pro+ and the Redmi Note 11T Pro. While the former supports 120W fast charge, the latter supports 67W fast charging. According to Lu Weibing, the difference between these smartphones is only 100 yuan ($15). Redmi’s goal is to promote 120W and accelerate its popularization. Furthermore, he claims that it took the company less than 3 years to go from 10W to 120W. Redmi is one of the major players in fast charging development. The company believes that it is an upgrade to the smartphone industry in its few years of existence. 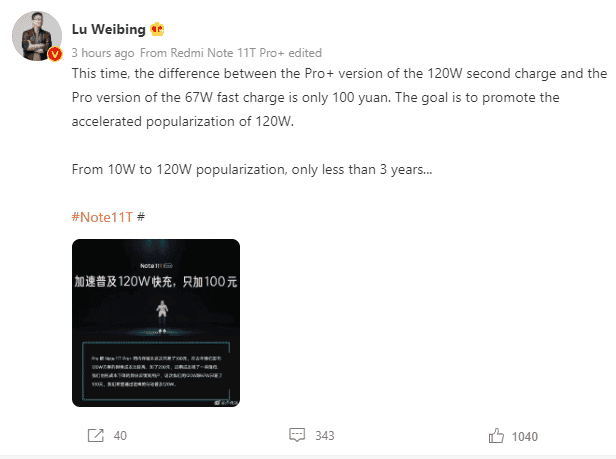 When the Redmi Note 8 series was released in August 2019, it supported 18W fast charging. This smartphone is also a thousand-yuan product, that is, it cost between 1000 yuan ($149) and 1999 yuan ($297). At that time, many models in the industry only support 10W charging. After less than 3 years, Redmi supports 120W fairy second charging but still remains a thousand-yuan product. This is the upgrade that the company brings to the smartphone industry. Redmi has the cheapest smartphone in the market that supports 120W fast charging. 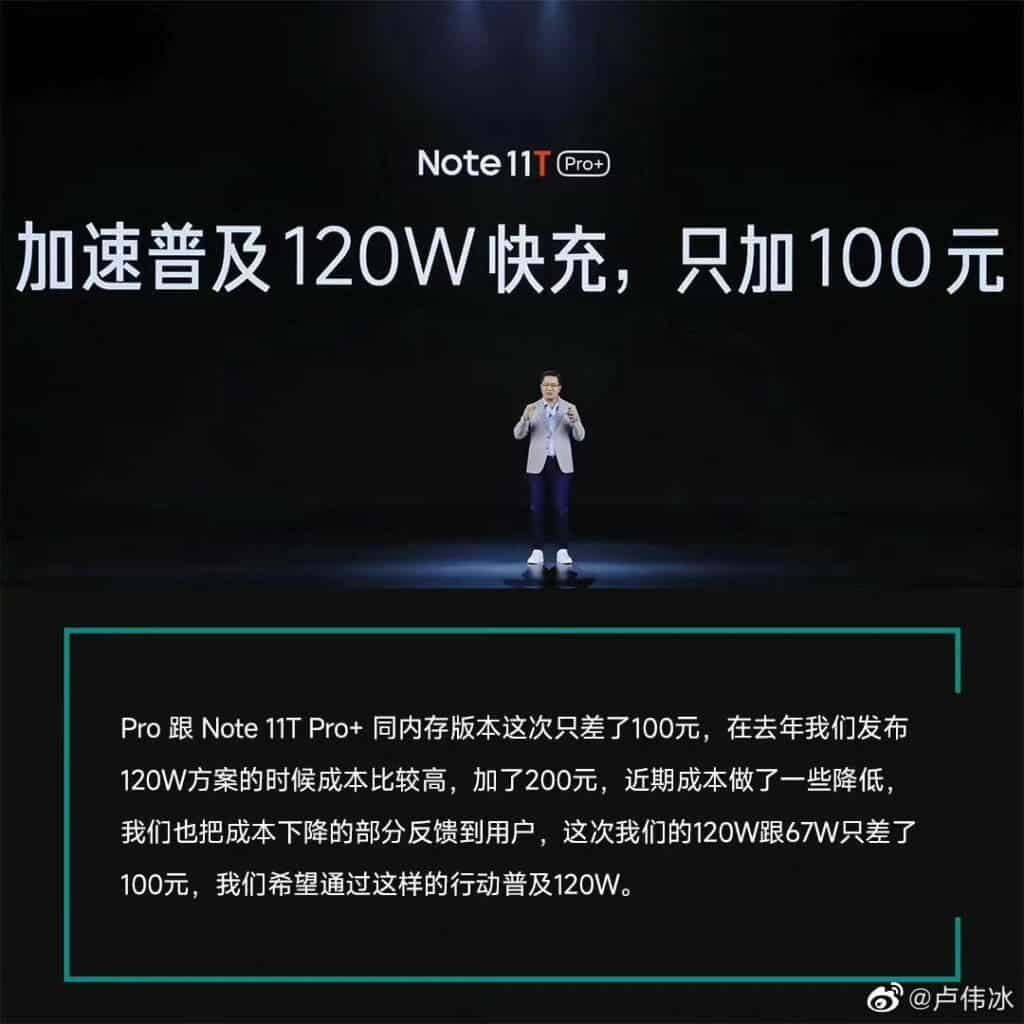 This time, the Redmi Note 11T Pro+ adopts a single-cell 120W second charging solution. It comes with Xiaomi’s self-developed Surge P1 charging chip. This chip takes over the complex structure of the traditional 5-charge pump. It will input the high-voltage power of the mobile phone, and efficiently converts large currents that can directly charge the battery.

With the support of Surge P1 and 120W fairy second charging, Redmi Note 11T Pro+ can charge the 4400mAh battery to 100% in just 19 minutes. The charging speed is comparable to that of high-end flagships.