How To Stop Your Phone From Hanging

“Why my phone hangs so often?”, this is the lament of millions of people all around the world. Gone are the days of simple mobile phones like the famouse Nokia 1100. Nowadays, mobile phones have become smartphones. These devices run on complex software (like Android, iOS, Windows etc.) which require much higher hardware capacity. Moreover, millions of apps are out there which vary in performance, quality and resource utilization. Phone hanging refers to the state when a mobile phone will stop responding to the commands of user. It is also called phone crash and is characterized by screen freeze. When hung, no matter what you do, your phone will refuse to do anything.

In this article you will learn about the reasons behind phone hang and possible solutions of this omnipresent problem. Occasional phone hanging should not be a cause of worry, but if it happens often, then you should try the tips given below.

1. Reduce the Number of Concurrent Apps to Stop Phone Hang

Each mobile phone comes has a limited amount of resources like memory (RAM) and processing power. If you overburden the phone beyond the capacity of these resources, the phone may hang. So, you should try and minimize the number of concurrently running apps. There are a number of apps that run in the background. You can free the clogged memory by stopping the apps that you don’t need at present.

2. Keep All the Apps Updated

Keep visiting the app stores like Google Play (if you have Android phone) and iTunes App Store (if you’ve an iPhone). Mobile app developers keep on improving performance of their apps. Therefore it is highly recommended that you regularly update all the apps as and when a better version is available. Latest versions of apps may be designed to use lesser memory and CPU power.

3. Shut Down Your Mobile Phone

Shutting down your phone every once in a while is a good idea because it will completely refresh the memory of phone. When you will restart your phone, its memory will be free of all the unnecessary pieces of data that were lingering on and occupying the memory space.

4. Switch off and Remove Battery

This tip may not have any big effect at all in most cases. But it is also a good idea to remove battery and SIM card after every few months. Removing battery and SIM will clean the dust from the electric touch points. 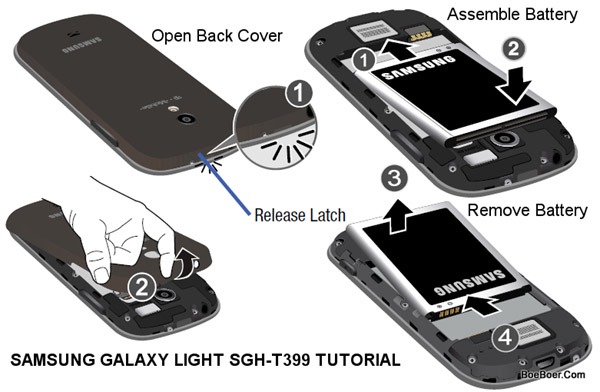 It is fine to remove mobile battery once in a while. It remove the dust at touch points. It may help in solving phone hang problem.


For this you can set the default write disk. Go to Settings > Storage > Default write disk > Select SD Card. Please note that this setting is available in slightly different location in different mobile handsets. So, you may have to do a bit of look around.

You can always move the already installed apps from internal to external memory. As explained above, this will give more internal memory space for the smooth running of the apps. As a result your phone will not hang. 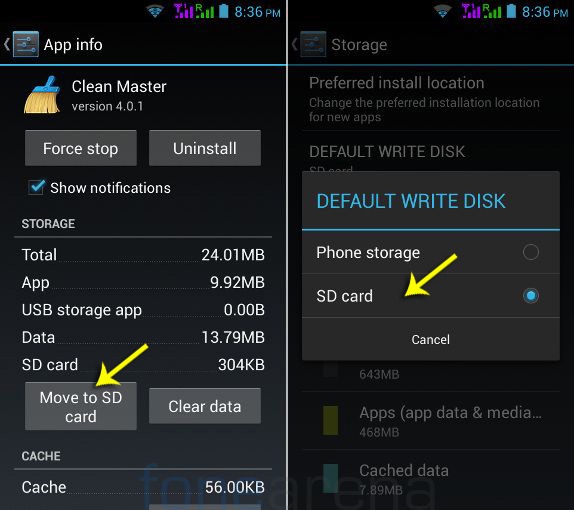 Image showing how to set default write disk and how to move app to SD card.

You can also browse through the list of the apps installed in your phone. You might spot a few apps that you had installed once upon a time but you no longer require them. Uninstall such apps immediately. They stay idle in your phone and waste the all important memory space.

If you have stored images, videos and songs in the internal memory; you’re really choking up the internal memory space and that could very well become the cause of your phone hanging all the time. Go ahead, take a look at all the pictures, videos and songs and delete the ones that you no longer need. Alternatively, first you can take backup of this data in your computer and then delete it from your phone. Photos, videos and audio take up most of the space the phone of an average smartphone user. And it is one of the common reasons why your phone hangs.

Some of the apps use much more memory than other apps. Game apps are among the top memory guzzling apps. You can check how much memory each of your apps are using. For this go to Settings > Apps (or Memory) > Running Apps. Here you will be able to see which app is using exactly how much memory. 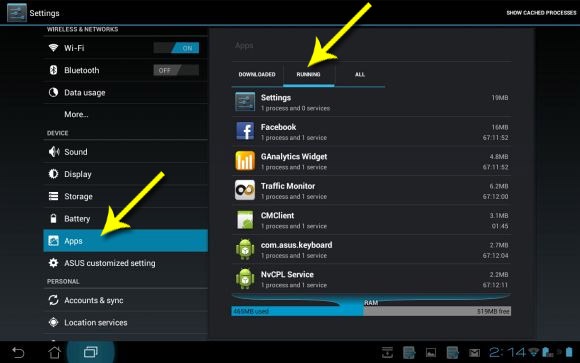 If possible, you may try a lighter alternative of an app that is using a lot of memory. For example, if you use a news app and that app is eating up a lot of RAM; you may consider removing that app and install another news app from the app store.

Viruses are a menace. If your mobile phone is playing host to a virus, the virus can considerably slow down your mobile phone. Needless to say, your phone will hang often. So, obviously you need an anti-virus. Although anti-virus software itself take up a lot of memory but it is better to have the virus removed.

11. Give External Memory Some Breathing Space

This should be your last resort. If nothing else works and phone stills hangs, you can reset your mobile phone back to factory settings. Use of this option will remove everything from your mobile phone. You will lose everything that would be there in the internal memory. And it will be gone forever. All the messages, contacts, apps, bookmarks, photos, videos, songs, ringtone… everything will be deleted. Essentially, this option will make your phone just the way it was when it was produced in the factory.

These were some of the tips that you can use to solve you phone hang problem. I understand that if your phone hangs quite often, it becomes really irritating. Do try the above tips and also share your experience with me through the comments section given below.

Download National ID Card On Your Phone In Minutes, See The Download Link & How To Go About It
How To Read Bar Codes Everyone Must Know, Always Read Labels On The Foods You Buy
To Top