The famous leaker Yash Raj Chaudhary has managed to put his hands on a Huawei P40 Pro and took the opportunity to share information on the next flagship from the Chinese company.

The successor of the P30 Pro should first come with a 5500 mAh graphene battery. According to YR Chaudhary, the graphene battery is 30% smaller than a lithium battery. In addition, the smartphone could take advantage of the new 50W fast charging technology developed by Huawei. Thanks to it, the device could reach 100% in 45 minutes.

Among other information disclosed by Yash Raj Chaudhary, we learn that the P40 Pro could be equipped with a 6.5-inch OLED Waterfall screen in QHD+ definition and with a refresh rate of 120 Hz. The manufacturer offers a beautiful body to screen ratio of about 98%. Under the hood, we should find a Kirin 990 with 5G modem Baloong 5000, the same SoC that equips the brand new Huawei Nova 6 5G or Mate 30 for example.

HUAWEI P40 PRO: A PENTA CAMERA MODULE ON THE PROGRAM
Huawei would bet on a quintuple Leica sensor in the back. The main objective could be a Sony IMX686 with Optical Image Stabilization (OIS) of 64 MP. Next comes an ultra-wide-angle 20 MP sensor, a 12 MP periscope telephoto lens, a macro lens and a TOF sensor. The Huawei P40 Pro would be able to shoot in 4K.

Note that even though the tweet says its the Huawei P40 specs, it’s the P40 Pro variant in reality. The leaker has added later that this is the specs of the Pro version. 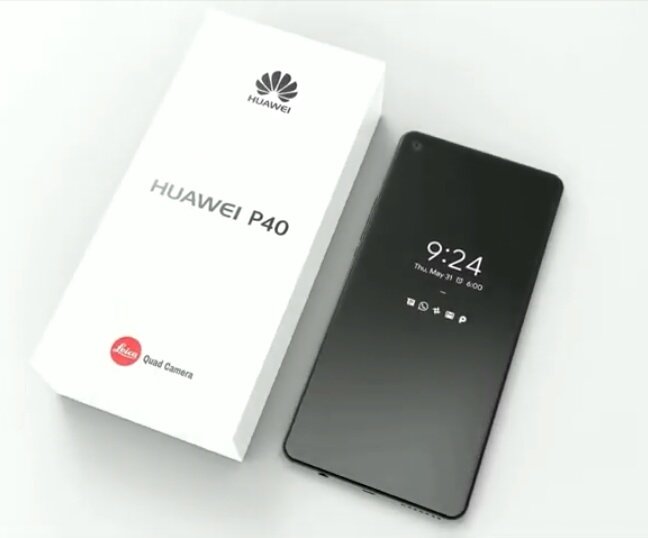 45 people are talking about this

(2/3)Huawei P40 will innovatively apply graphene materials to the positive and negative electrodes and electrolytes of mobile phone batteries. This makes the battery capacity of Huawei P40 reach 5500mAh, but its volume is only 70% of that of lithium batteries#HuaweiP40Pro

“HuaweiP40 6.5 inch 2K OLED Waterfall display 120Hz Refresh Rate 98% screen to body ratio (about) Leica Penta Camera 64MP( Sony IMX686 1/1.7 inch , supports OIS) +20MP ultra wide camera+12 MP (Periscope) telephoto lens +Macro camera + ToF” said Yash Raj Chaudhary‏.Finally, the smartphone would run on Android 10 with the EMUI 10 interface. That’s all the information shared by Yash Raj Chaudhary. The leaker did not mention a potential release date or price range for the Huawei P40 Pro. However, we know that the P40 and P40 Pro are expected for the first quarter of 2020 and with perhaps an official presentation at the MWC 2020 to be held in Barcelona from 24 to 27 February.