Skip to content
Unlike the iPhone 13, there shouldn’t be iPhone 14 mini model and will be replaced by an unprecedented Max version. In short, what is certain now is that they will continue to be four models; and that they will differ from each other in terms of display size and materials used. The rumors about the next generation of the Apple smartphone are more and more insistent, from the colors to the always-on display, and now we have the opportunity to see them all together in the form of dummies. Of course, these are not working devices, but at least they allow us to understand the dimensions; and the differences between one model and another. 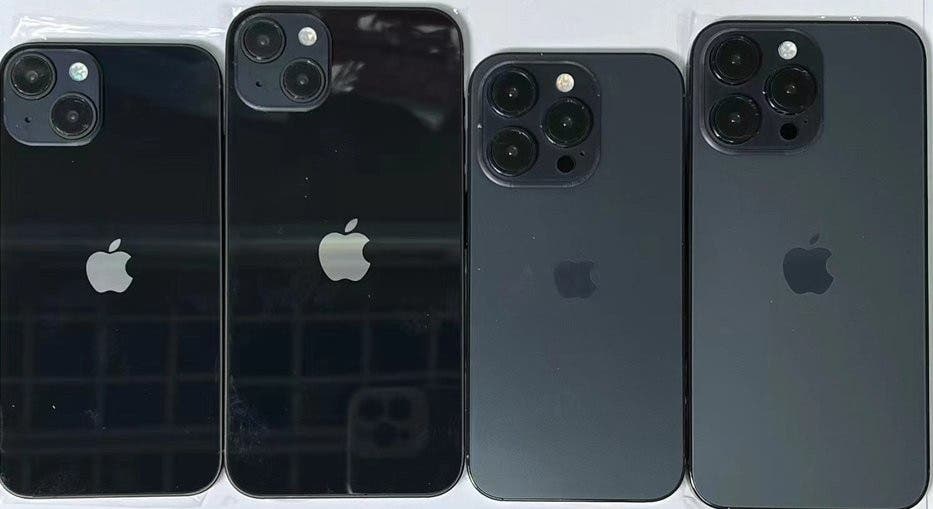 We took the image that portrays the iPhones from the front and we tried to lighten it slightly; in order to better understand what are the solutions that Apple has implemented on each of the variants. No surprise, apparently, because iPhone 14 (6.1″) and 14 Max (6.7″) will continue to have the classic notch; while 14 Pro (6.1″) and 14 Pro Max (6.7″) for the first time will have a double hole; to house the front camera and sensors. 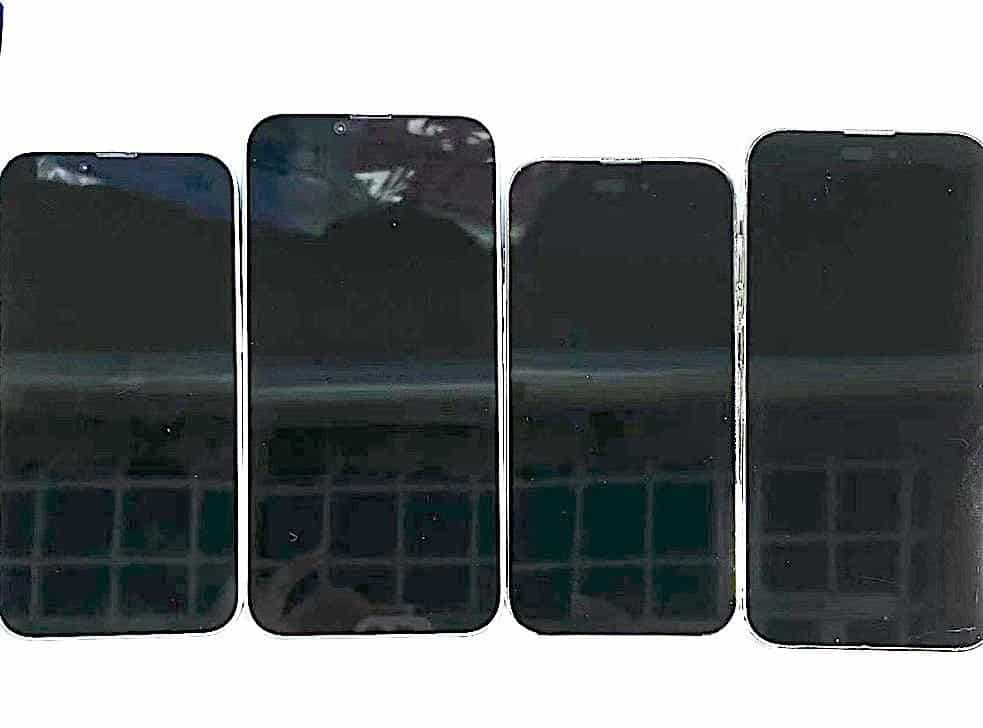 Again without too many surprises, the non-Pro models will have two cameras on the back; three instead will be those of the 14 Pro and 14 Pro Max. And the materials will also change, at least according to the dummies shown here: stainless steel on the Pros, aluminum on the others. And there are those who believe that the two premium models are even made of titanium alloy. 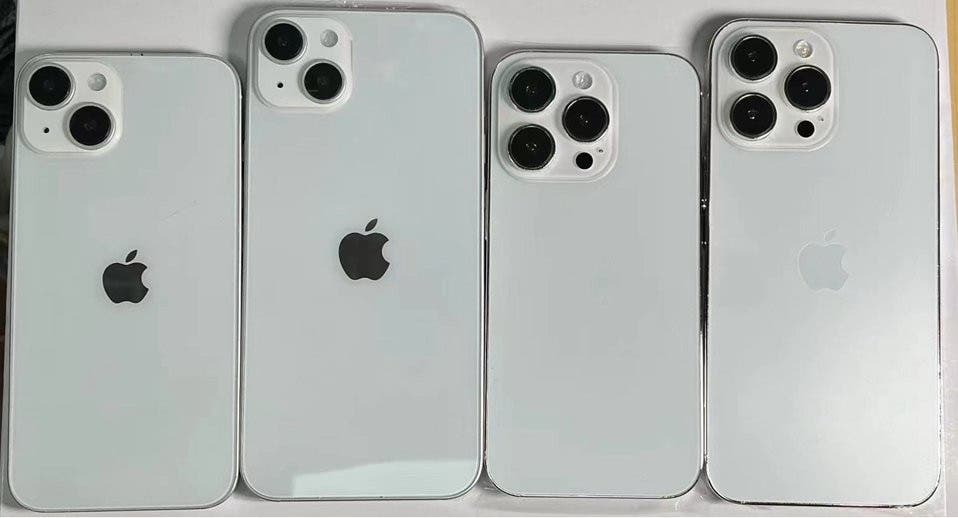 Recently, the well-known analyst Ming-Chi Kuo said that the Chinese company TSMC will not produce processors using 3- and 4-nm technology until 2023. For the current year, the production of chips only on 5-nm technology has been announced, as before. It is TSMC that makes processors for the iPhone; so you can expect that the Apple A16 chip for the iPhone 14 will not use the latest process technology. 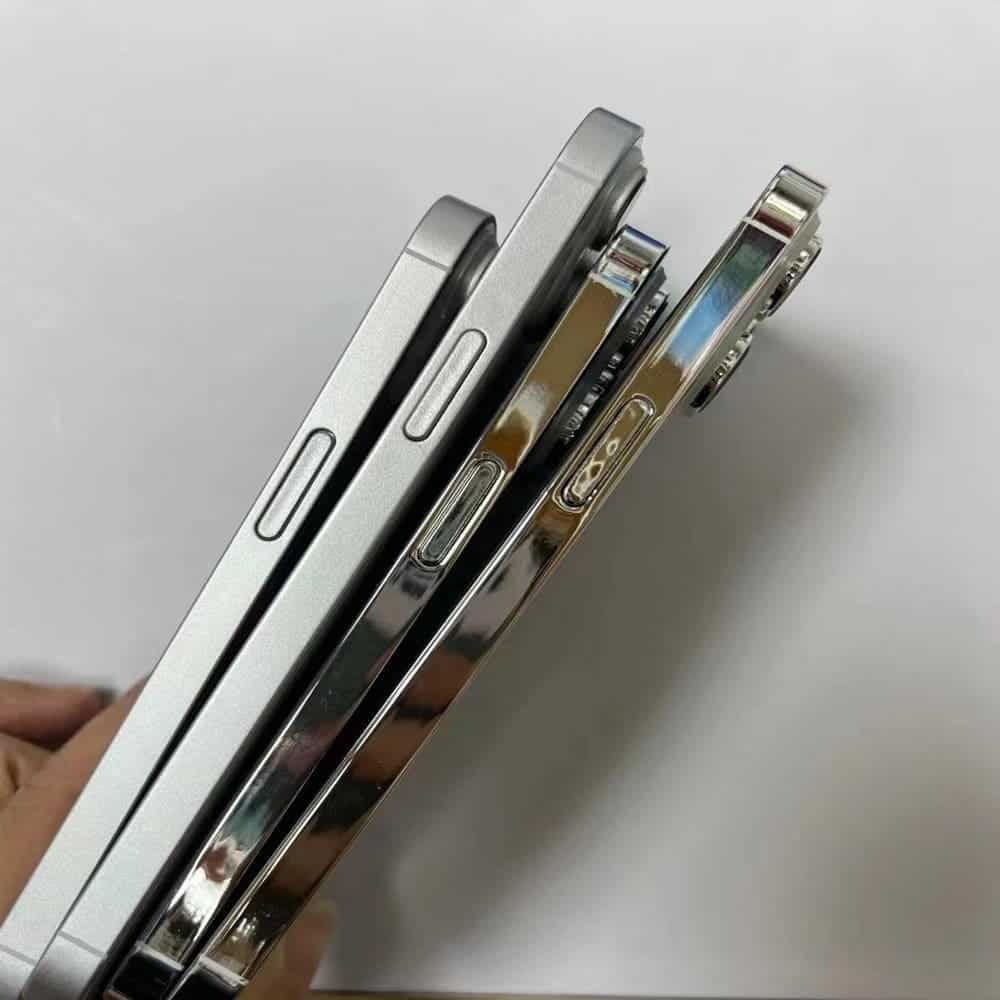 The use of the same technological process as the processors of the previous generation limits the growth in performance; and energy efficiency of new solutions, the expert notes. In general, it is not typical for Apple to use processors made using the same technology for three years in a row (A14 and A15 were also 5nm). In each next generation of iPhones (at least in flagship models), the company prefers to install the latest chips. The source also notes that Apple is unlikely to be able to find another manufacturer that would provide it with 3- and 4-nm processors this year; by the time the iPhone 14 will launch.