Realme India will be launching the Realme X2 smartphone in less than 24 hours in the country. Ahead of the launch, the storage variants and price for the same have been leaked, courtesy of popular teenaged-tipster Ishan Agarwal.

According to the picture posted by Ishan, the Realme X2 will sell in India below Rs 20,000.

The Realme X2 was first announced in September in China.  At the same time, the brand launched the Realme XT, a stripped-down version of the X2, in India.

The brand had teased the X2 launch at the end of that launch event, albeit, it was called XT 730G back then.

Anyways, the company is bringing this device with its original X2 branding like it is called everywhere.

I have an amazing leak for you all, thanks to someone at the #realme launch rehearsal 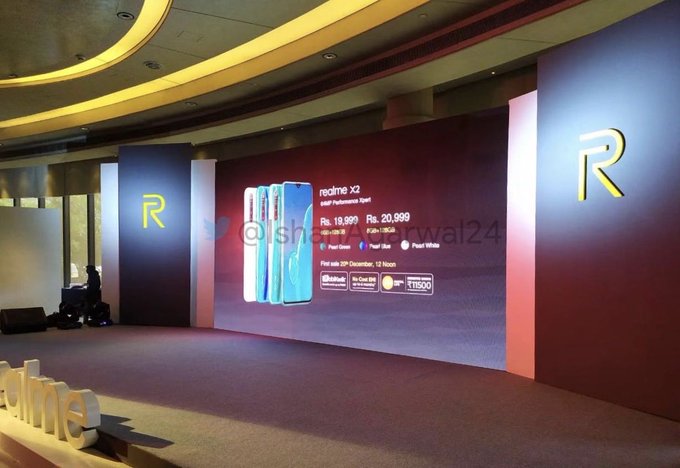 Also check out the offers we are getting at launch! The price is really good in my opinion for a phone with 6GB RAM and 128GB of Storage. Great, right?! #realmeX2 #realme 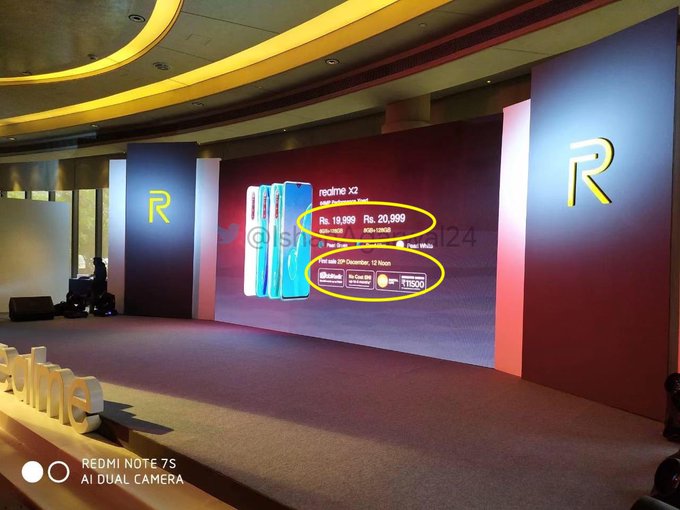 41 people are talking about this

Since this phone is already out, we know what it will offer but one thing was missing until now and that was pricing for the Indian market.

But that is now out as well, thanks to a launch rehearsal picture posted by Ishan Agarwal on his Twitter as well as Telegram channel.

Its closest competition, Redmi K20, also starts at the same price but offer less storage, Snapdragon 730 instead of 730G, slower charging speed, and a 48MP primary compared to 64MP on the X2.

What’s more interesting is that Madhav Sheth, Realme India’s CEO urged his followers to not believe rumours in a tweet after this leak started doing the rounds. This clearly indicates the price of the Realme X2 could be even lower than the leaked Rs 19,999. Whatever, we will know the truth tomorrow when the brand will unveil the phone and its first true wireless earphones dubbed as Realme Buds Air.