Skip to content
Samsung isn’t launching many 4G smartphones this year. Instead, the company has been investing in a full 5G portfolio of smartphones. That’s a necessary move, after all, the future is 5G. However, there is still a demand for 4G smartphones in some territories. These could also be cheaper and for that reason, we’re still seeing 4G smartphones. Samsung launched a 4G smartphone dubbed Galaxy A23 a while ago. During the launch, the company didn’t make any announcements regarding to a 5G variant. Now, Dutch publication GalaxyClup reports that Samsung intends to launch the Samsung Galaxy A23 5G, and it will be unveiled in Europe.

Unfortunately, the source does not reveal any specifications of the Samsung Galaxy A23 5G. Of course, it will bring a different processor than the 4G variant. We would bet on a MediaTek chipset since the Taiwanese chip maker has more offerings in the budget segment with 5G connectivity than Qualcomm. Qualcomm has the Snapdragon 695 5G and also the Snapdragon 480 5G. The former would possibly make the phone much more expensive. While the latter already is obsolete in terms of performance. 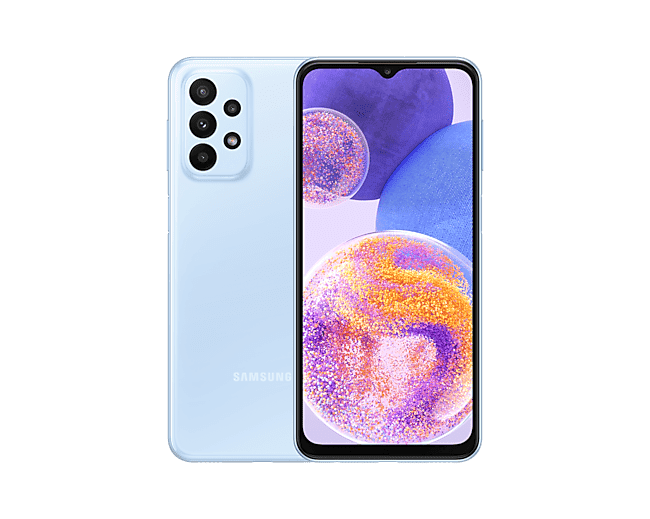 The Samsung Galaxy A23 4G packs a 6.6-inch PLS LCD screen with 2,408 x 1,080 pixels of resolution. The device also has Corning Gorilla Glass 5 which is a plus considering the price point of the phone. The phone brings variants with 4 GB, 6 GB, and 8 GB of RAM. In terms of storage, there are options with 64 GB or 128 GB of Internal Storage. In terms of optics, the phone brings a Quad-camera setup.

The primary camera is a nice surprise – a 50 MP module with a bright f/1.8 aperture, PDAF, and Optical Image Stabilization. However, the other snappers are not very appealing. There is an ultrawide module, but that outputs images with just 5 MP of resolution. The other two sensors are the usual, but not so useful, 2 MP macro and 2 MP depth sensors. For selfies and video calls, the device has an 8 MP snapper with an f/2.2 aperture.

In terms of connectivity, the device has dual-band Wi-Fi, Bluetooth 5.0, GPS, NFC, and a USB Type C port. There is also a side-mounted fingerprint scanner. The phone draws its powers from a 5,000 mAh battery with 25 W fast charging.

We’re pretty sure that an eventual Samsung Galaxy A23 5G will retain most of these specifications. The main difference will be a 5G processor. In related news, Samsung has just presented the Galaxy M13 through a quiet launch. The company is also preparing the new chipset that will boost the Galaxy S23 series.