Sony, the company behind PlayStation, revealed game releases plans for the near future. During its annual investor day the company said that by 2025 half of its titles should be on PC or mobile, which will subsequently lead to lowering the share of PS releases.

Currently, only 10% of the Sony titles are available for mobile, and in three years, they are expected to double and account for 20%. 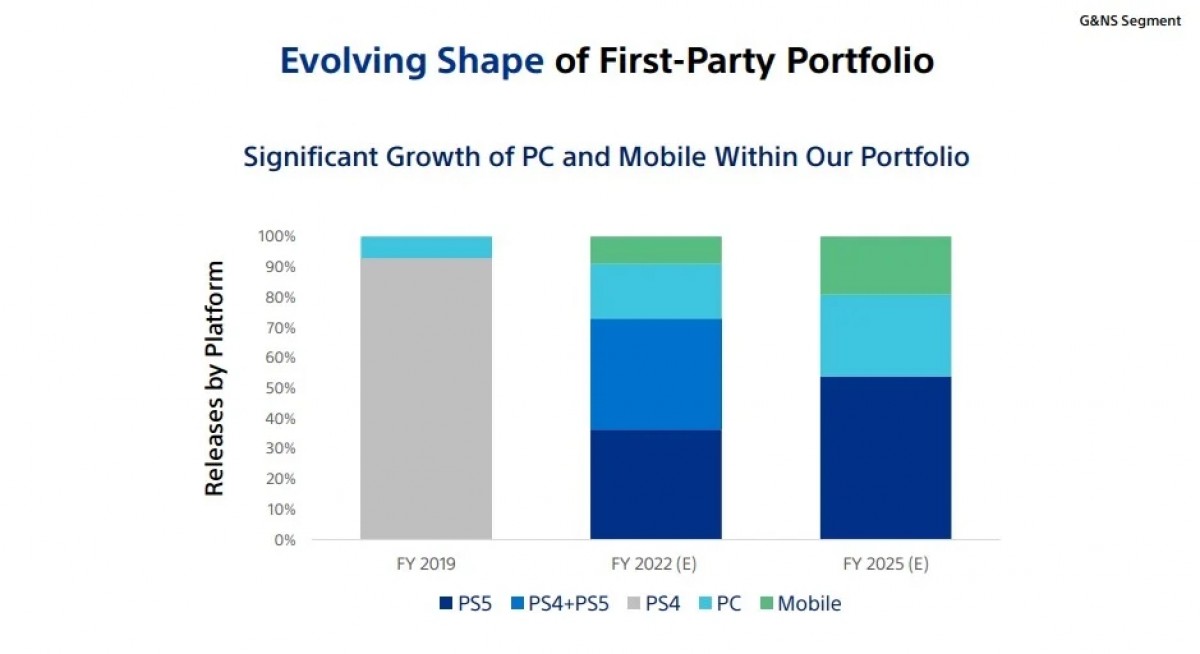 Sony Interactive Entertainment Jim Ryan said expanding presence to PC and mobile, as well as live services, will give “the opportunity to move from a situation of being present in a very narrow segment” of the gaming scene to a situation where Sony is “pretty much everywhere”.

He did not say anything about PlayStation 4 in particular, but according to official slides, launches will be phased out by 2025, which isn’t surprising since PlayStation 5 has been out for a while now. Looking back, Sony did the same with PS3, which was silently pushed aside two years after PS4’s official launch. 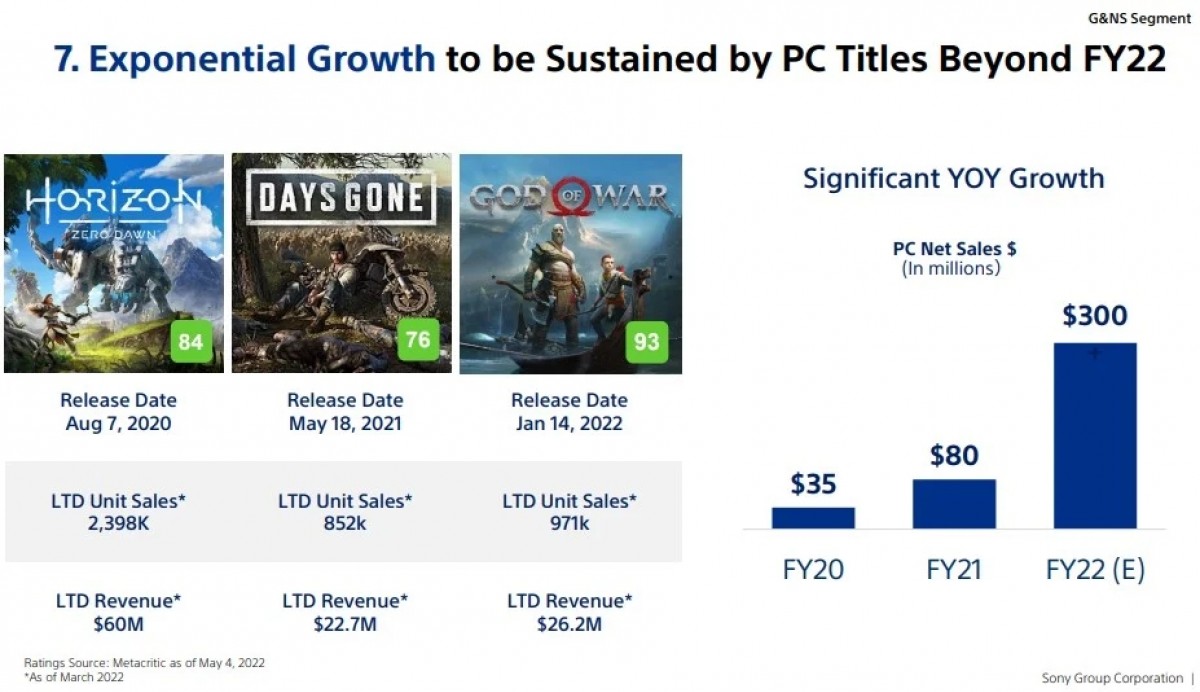 The expansion to mobile will happen through a new business unit within Sony IE, headed by former Apple Arcade content chief Nicola Sebastiani. It will be a part of a future where significant elements of Sony’s community extend beyond the console-centric experience.