Skip to content
Transsion Holdings has been working hard to popullarize its brands Tecno and Infinix across global markets. So far, these brands have been focusing on the mid-range and low-end market segments with 4G phones. Today, Tecno is introducing a new mid-range smartphone with some compelling specifications. For instance, it packs a massive 6.9-inch screen. It’s not common to see smartphones almost reaching the 7-inch segment. The phone also comes with a monstrous 7,000 mAh battery which is also only available in a few phones. As expected, today, the phone is reaching the market in the Philippines and will soon reach other places such as India.

As we mentioned before, the phone has two selling points. The battery with a 7,000 mAh capacity is certainly one of them. As per Tecno, users will be able to use the phone for at least two days before needing to recharge them. The phone also comes with several battery enhancements. The list includes a Super Power Saving Mode and a Reverse charging function that allows you to charge other devices at a decent (for reverse charging, of course) 10 W charging speed. The phone only withstands 25W charging speeds. That probably won’t be super fast on a smartphone with this battery capacity. But it could be much worse. Also, Tecno has been kind enough to provide a charging brick that provides 33W charging. 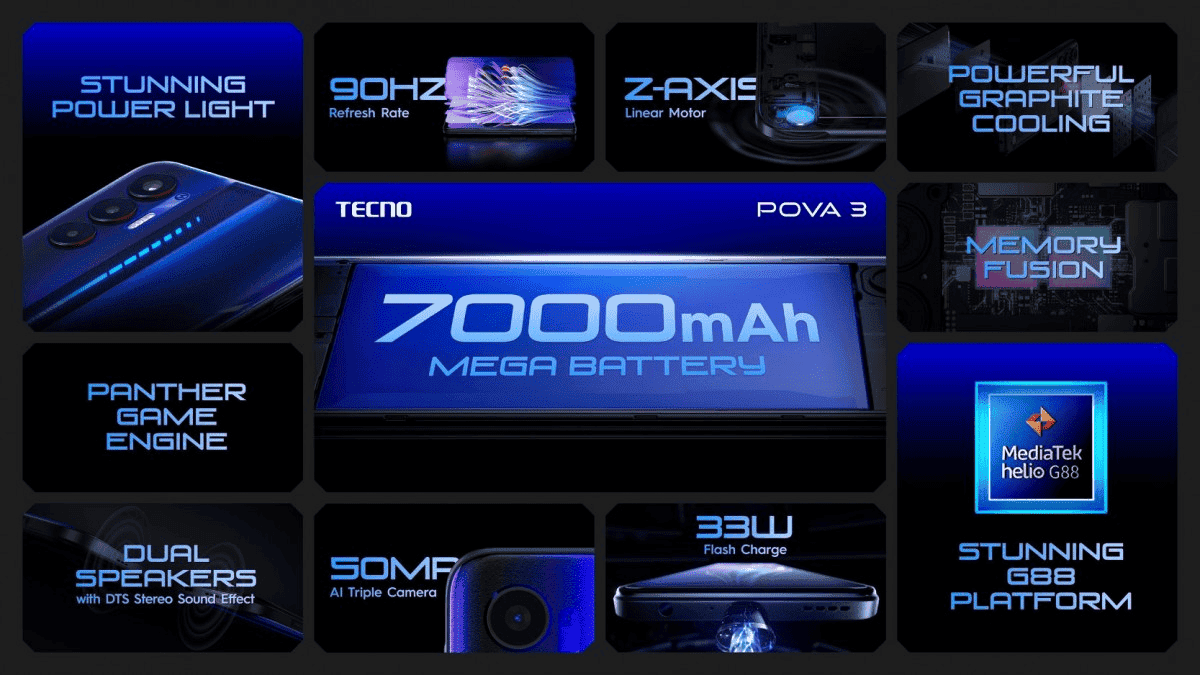 The Tecno Pova 3 flaunts a 6.9-inch LCD screen, this is the phone’s second main selling point. The massive display also offers Full HD+ resolution and a decent 90 Hz refresh rate. There is a centered punch-hole that serves as a home for the 8 MP selfie shooter. In terms of optics, the phone has a 50 MP main camera that comes alongside two 2 MP auxiliary shooters. The MediaTek Helio G88 sits at the helm and is aided by 4 GB or 6 GB of RAM with 64 GB or 128 GB of Internal Storage. You can expand this amount thanks to a micro SD card slot. 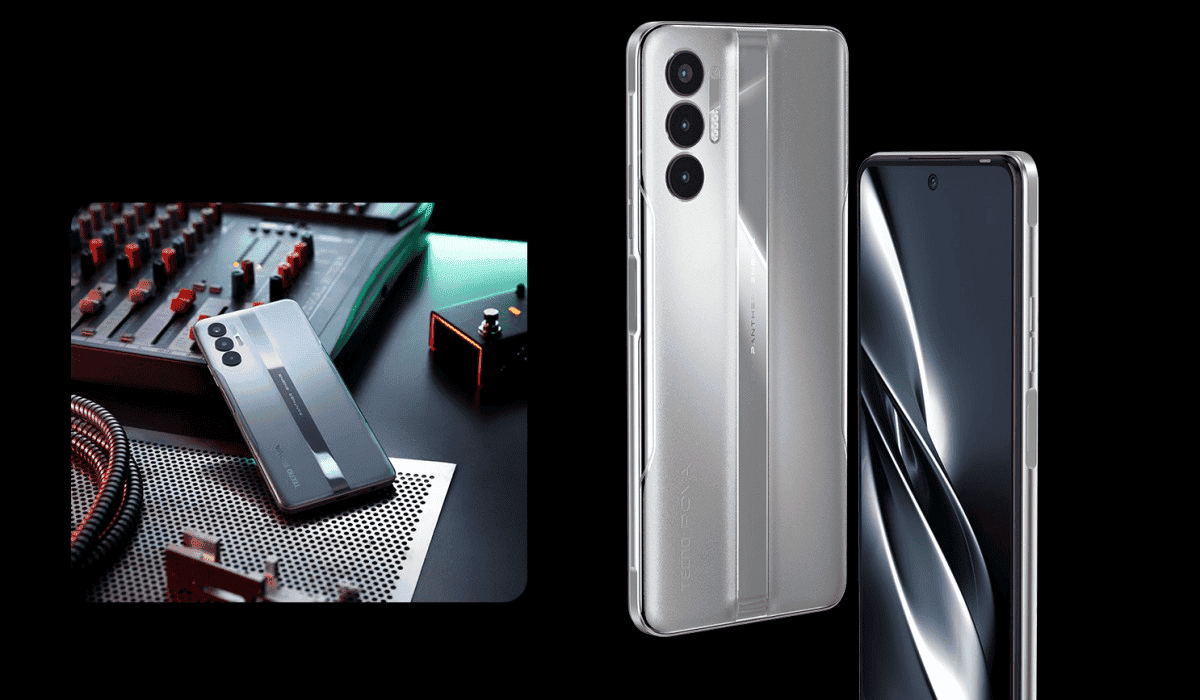 The phone packs stereo speakers for an immersive audio experience. There is also a side-mounted fingerprint scanner, there is also a 3.5 mm headphone jack, and an FM radio receiver. The phone brings almost everything you would like to find in a good mid-range smartphone a few years ago. Unfortunately, the major drawback is Android 11. Tecno and Infinix are having certain trouble with Android 12, as there are a lot of phones coming with the 2020’s Android version.

The Tecno Pova 3 ships in Electric Blue, Tech Silver, and Eco Black colorways. In the Philippines, the base variants cost $172. The higher model with 6 GB of RAM with 128 GB storage costs $180.