Skip to content
All those familiar with Telegram, know the slogan “Telegram is free forever. No ads. No subscription fees”. The messengers always wanted to make clear that it does not intend to charge its users. However, this seems to be changing. According to recent reports, the company is working on a Telegram Premium. The name clearly suggests that the company will charge a fee and will provide some “Premium-exclusive” features. Now, this seems to be coming soon, and the company is already preparing the path for it. A new beta version of the app gives a clear hint, including exclusive reactions and stickers. Now, the code for an upcoming version of Telegram has been spotted and it has dropped the slogan. So we can conclude that “free forever” is no longer part of the company’s philosophy.

Telegram prepares the way for its Premium tier

As previously spotted by Alessandro Paluzzi on Twitter, a mobile developer and leaker, new strings have given us a look at the same page in a potential upcoming version of the application. It drastically changes the wording. Now it reads as follows: “Telegram provides free unlimited cloud storage for chats and media.” There is no wording around subscriptions precisely. However, this is likely a move to prepare the way for the paid Telegram version.

Unfortunately, there is no indication to hint to us about the debut of this slogan in the app. It may be for a future update whenever Telegram Premium is officially unveiled. The company will likely make a buzz for the release instead of keeping a low profile.

The reasons behind this move are rather obvious. Telegram isn’t the first and certainly won’t be the last social media/messenger trying to create a paid subscription plan. Talking about social media, it all started with Twitter and the Blue paid subscription plan. Now, there are reports indicating a paid WhatsApp tier for business accounts. Now, Telegram is joining the tier of paid plans. The fact is that the popular messengers are looking for alternative ways to monetize the platform. It has been studying forms since late 2020. 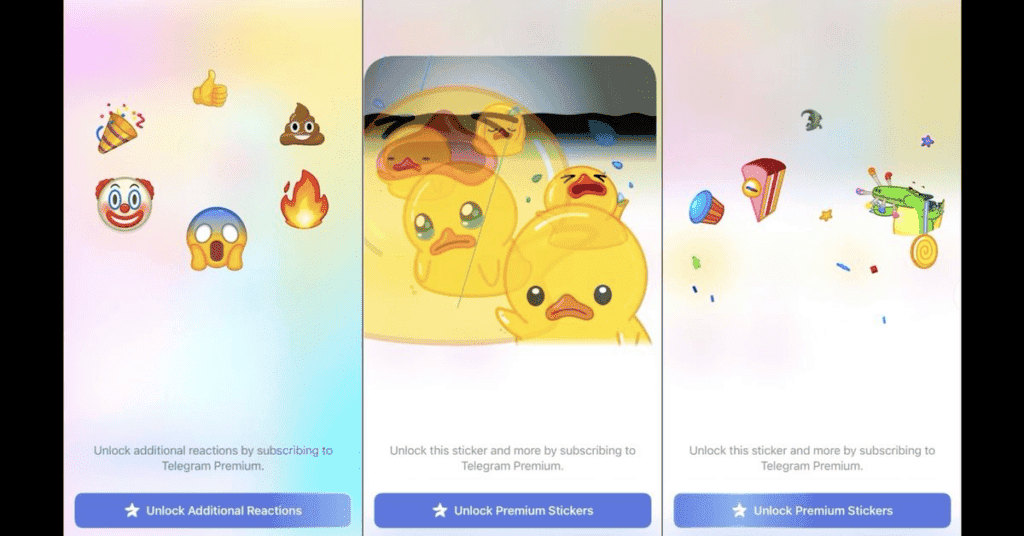 As per the previous leaks, from the iOS beta version, the service will give a badge confirming you’re a premium member. This badge will sit at the top of your chats on your profile. There will also be other reactions and stickers available to Premium customers. Hopefully, these won’t be the only “goodies” for paid subscribers. Otherwise, we don’t see big reasons for “upgrading”. Of course, we don’t even know how much the plan will cost. For now, everything is open to speculation.