One thing we must know is that no matter how disappointing an iPhone is, its fanboys are ready to “upgrade”. For them, it doesn’t matter whether or not the iPhone is really an upgrade. However, Apple is not only interested in its fanboys. The company needs some shares from the Android side to make a significant impact in the market. For this to happen, the new iPhone must come with some real upgrades.  In recent times, there have been a lot of reports regarding the iPhone 14 series. These smartphones are expected to officially arrive in September this year. 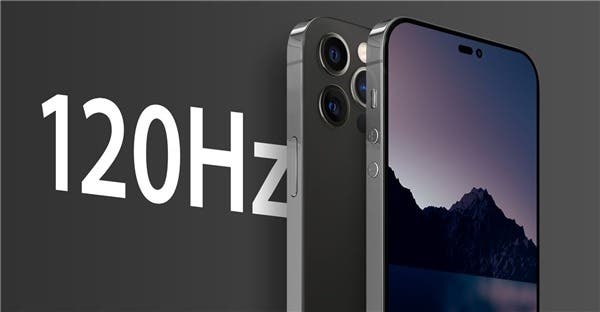 Read Also: iPhone 14 series preview: a total of 4 models – may rise in price

As of now, most of the revelations related to this series focus on the iPhone 14 Pro, rather than the regular version, iPhone 14. This makes many consumers feel that this year’s iPhone 14 may be a back-bencher. The relatively high-end iPhone 14 Pro and Pro Max models will come with some decent features. They will have narrower bezels, a pill-type punch-hole screen, and a TrueDepth camera array design. These are all features/designs that the market is anticipating.

Apple plans to continue to increase the differentiation between Pro and non-Pro iPhones. Several high-end features will debut on the Pro models this year. Needless to say, the regular version of the iPhone 14 is naturally a bit dull relative to the high-end iPhone 14.

Today, let’s take a look at the related revelations about the iPhone 14 so far. Let’s see if this year’s this device will disappoint

The iPhone 12 mini and iPhone 13 mini, which feature 5.4-inch displays, both suffered from a slump in sales. There are reports that Apple will stop the production and sale of its small-sized iPhone. At the same time, a larger model iPhone will be launched to replace the mini lineup. This year, the iPhone 14 Max will appear in the 2022 iPhone series. The new smartphone will use a 6.7-inch display. This is the same large screen size as the iPhone 12 Pro Max and iPhone 13 Pro Max.

In line with the mini lineup, the iPhone 14 Max is expected to offer all the features as the standard version. However, the only difference will be its significantly larger display. The standard version will use a 6.1-inch screen.

Obviously, the iPhone 14 Max will offer a whole new option for users who want a bigger display but don’t need “Pro” features like ProMotion and telephoto cameras. As one of the most eye-catching visual changes in this year’s iPhone lineup, the Max model may be one of the highlights of the iPhone 14 series.

Apple analyst Ming-Chi Kuo believes that all iPhone 14 series models will be equipped with 6GB of memory. The standard version has LPDDR 4X memory. However, the Pro models have LPDDR 5 memory.

If the non-Pro models would have 50% more memory, they would be able to keep more apps and browser tabs open in the background. This will enable these smartphones to speed up recovery and gives developers more room to build features powerful but memory-hungry apps. Simply put, it provides more usage scenarios for these smartphones.

The iPhone 14 and 14 Max can offer longer battery life, thanks to new and more efficient 5G chips. According to reports, the 5G radio frequency chip of the iPhone 14 uses TSMC’s 6nm process. The chip size is smaller and the power consumption is lower.

The 6nm RF process enables chips to use less power on the sub-6GHz and mmWave 5G bands while still delivering high levels of performance.

In addition to being more efficient, shrinking the large RF transceiver components inside the “iPhone” promises to free up physical space. Each additional square millimetre of volume creates more space for larger batteries. The higher efficiency and miniaturization of the iPhone 14’s RF chip will lead to better overall battery life.

At present, reports have it that all iPhone 14 models will support Wi-Fi 6E. Wi-Fi 6E offers the features and capabilities of Wi-Fi 6, including higher performance, lower latency, and faster data rates, and extends to the 6 GHz band. The additional spectrum provides more airspace beyond existing 2.4GHz and 5GHz Wi-Fi, increasing bandwidth and reducing interference.

While this feature is uncertain, there are rumours of it. Originally rumoured for the iPhone 13 series, the Qualcomm Snapdragon X65 modem in the iPhone 14 series should facilitate a number of satellite-based emergency features. This will allow users to message and report major emergencies in locations without cellular coverage.

Specifically, emergency messaging via satellite will allow users to send text messages to emergency services and contacts using the satellite network when no cellular or WiFi signal is available. This is a new communication protocol alongside SMS and iMessage, grey message bubbles will appear. These features are still in development and could launch as early as 2022.

The iPhone 14 models will reportedly not feature the new 48MP camera in favour of the iPhone 13’s 12MP camera. However, all standard versions of the 2022 iPhones will have better camera capabilities.

Specifically, the iPhone 13 Pro launched a new /1.8, 6P (six-element lens) ultra-wide-angle camera with autofocus. This year, rumour has it that the improved /1.8 ultra-wide-angle camera will infiltrate both standard iPhone 14 models. In addition to enhancing the rear camera system, there is also news that the front camera of the iPhone 14 has more significant improvements.

All four iPhone 14 models are likely to feature a better front-facing camera system with autofocus and a wider /1.9 aperture. By contrast, all iPhone 13 models have a fixed focus as well as /2.2 aperture on the front-facing camera.

A wider aperture will allow more light to pass through the lens and reach the sensor. Apple analyst Ming-Chi Kuo claims the camera upgrades could improve depth of field in portrait mode photos and videos. Furthermore, the autofocus could improve focus during FaceTime and Zoom video calls.

Given that Apple launched the purple iPhone 12 as well as the iPhone 12 mini in its mid-cycle update last April, the purple option for the iPhone 14 seems plausible. Furthermore, if Apple follows its previous release schedule, Apple may unveil the new iPhone 14 series at an event in September 2022.